Despite a new state law requiring breakfast after the bell in high-poverty schools, New Jersey schools served breakfast to fewer students after the law went into effect, indicating that many schools were not abiding by the mandate.

The state dropped from 21st in the national rankings to 25th, according to a new report by the Food Research & Action Center, which measures pre-pandemic service levels. Post-pandemic data show that school meal service has dropped even further, meaning even fewer students are receiving this critical morning nutrition. Nationally, school breakfast service rose 1.5 percent.

“New Jersey law requires high-poverty schools to make breakfast easily available to all children through breakfast after the bell. Clearly, that is not happening,’’ said Adele LaTourette, director, Hunger Free New Jersey. “This is unconscionable in normal times and is even more alarming as students struggle with remote learning and families struggle to pay their bills.’’

In 2018, New Jersey passed a law requiring all schools with at least 70 percent of students eligible for free or low-cost school meals to serve breakfast after the bell, beginning no later than September 2019. These meals are federally-funded under the national School Breakfast Program.

When schools serve breakfast during the first few minutes of the school day, rather than before school when most students have not yet arrived, participation skyrockets and schools claim millions more in federal dollars to feed hungry students.

Yet, FRAC’s annual School Breakfast Scorecard found an 8 percent drop in the number of low-income New Jersey children who received a free or reduced-price school breakfast on an average day from September through February of the 2019–2020 school year, prior to school closures driven by the pandemic. New Jersey schools reached just 58 percent of students who received a free or reduced-price school lunch during that time.

“COVID-19 has caused alarming spikes in childhood hunger in New Jersey and across the country,’’ LaTourette said. “As schools begin formulating re-opening plans, it is imperative that breakfast after the bell be a top priority. Not only does state law require it for high-poverty schools, this is the right thing to do for our students, who are struggling even more because of this pandemic.’’

LaTourette added that her organization is working on a review of school-level data, which will reveal which schools are not meeting the mandate.

“When schools switch to breakfast after the bell, participation increases dramatically,’’ she explained.

FRAC’s report ranks all 50 states and the District of Columbia on participation in school breakfast. It found that more than 12.6 million low-income children benefited from the School Breakfast Program on an average day between September through February of the 2019–2020 school year. Participation increased 1.5 percent nationally, or nearly 186,000 students when compared to the same time period the previous school year.

For 50 years, the Food Research & Action Center has been the leading national nonprofit organization working to eradicate poverty-related hunger and undernutrition in the United States. To learn more, visit FRAC.org and follow us on Twitter and on Facebook. 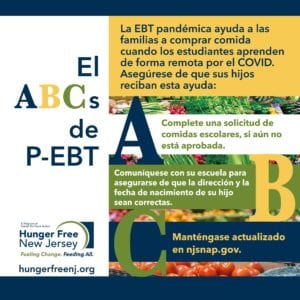 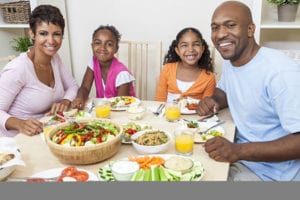 Federal efforts continue to boost SNAP and make it easier to feed children during the pandemic. SNAP expansion included in latest stimulus package The U.S. 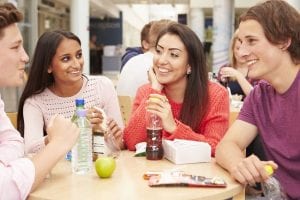 Bill would remove barrier to SNAP for college students

New federal bill would make it easier for college students to receive SNAP. 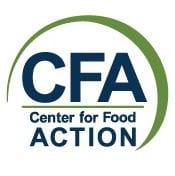 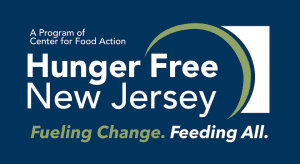